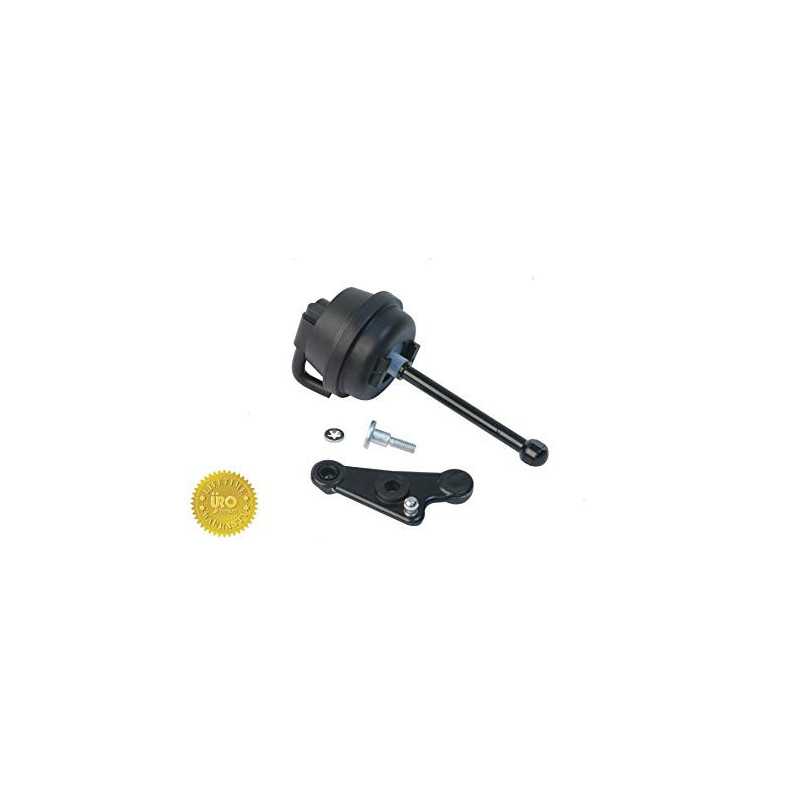 Mercedes-Benz OE No.
Current No.: 272140240180 Prior No.: 2721402001, 2721402101, 2721402201, 2721402401, 272140240164
Vehicle Fitment: Mercedes-Benz: C230 2006-07 | C280 2006-07 | C300 2008-12 | C350 2006-11 | CLK350 2006-09 | E350 2006-11 | GLK350 2010-12 | ML350 2006-11 | ML450 2010-11 | R350 2006-11 | S400 2010-13 | SLK280 2006-08 | SLK300 2009-11 | SLK350 2005-08
A common failure inherent to intake manifold 272 140 2401 found in Mercedes-Benz M272 V6 & M273 V8 engines is breakage of the actuating mechanisms on the intake swirl flap system. These flaps are designed to create intake flow turbulence improving low speed engine performance, enhancing fuel economy, and reducing emissions. A failure in this system will be detrimental to engine performance including symptoms such as, poor idle, loss of power, check engine light with the code P2004, P2005, or P2006, amongst others, and failed emissions testing. In addition, if not repaired quickly it could result in damage to other costly emission control system components. The central pivot lever is operated by a computer controlled vacuum actuator, which in turn operates the swirl flaps. As the intake manifold experiences carbon buildup, the flaps on the inside have to work harder and harder to open and close. This, in addition to being exposed to high under-hood temperatures, makes the plastic brittle and causes the weakest points of the system to fail. Extensive testing and analysis by the URO Parts team has determined the most prevalent failures in this system are breakage of the plastic central pivot actuating lever and failure of the plastic vacuum actuator, due to either breakage of the plastic pull rod that operates the central pivot lever or from a rupturing of the internal operating diaphragm. The plastic material used in the construction of intake manifold 272 140 2401 is the main source of the problem. Over time this less robust plastic material cannot withstand the constant heat cycles and mechanical stresses, therefore embrittling and weakening the material leading to inevitable failure. The URO Premium Intake Manifold Repair Kit 272 140 2401R-PRM is the only solution which solves all of these issues during your first and only repair. At URO we wanted to make a replacement part that could withstand the heat, operate effortlessly, and be as light as possible. We turned to high-strength aluminum. The URO Premium kit provides a more robust swirl flap pivot lever featuring a permanent co-molded self lubricating Delrin center pivot bushing and left and right receiver cups for the swirl actuating levers. The new URO Premium actuator has been redesigned with a metal pull rod to withstand the engine heat, plus its stroke has been altered to eliminate the mechanical stresses of constantly bottoming out on the manifold stops. In addition, it is fitted with a long life high-temperature silicone diaphragm for added strength. Included in the kit is also a new pivot bolt made out of stainless steel to replace the original one should any damage occur from removal. The URO Premium intake manifold repair kit is not just a suitable replacement for when the part fails, but rather a redesigned part that fits flawlessly with the Mercedes-Benz image of excellence in engineering. To install the URO Premium Intake Manifold kit typically requires removing the manifold from the car. Follow the standard shop procedures to remove the manifold. Remove the original central plastic vacuum actuator by carefully prying off the push nut, unsnapping the actuating rod with a flat bladed tool from the central pivot lever, and carefully disconnecting the single vacuum line. Next, use the flat bladed tool to remove the left and right metal flap connecting levers from the central pivot lever. The pivot lever is now accessible to remove the central bolt using a T30 Torx bit. We provide a new pivot bolt as these tend to strip easily upon removal. Install the URO Premium aluminum central pivot lever using the newly provided pivot bolt noting the correct orientation. It is recommended that a small amount of silicone grease be put on the bearing shoulder of the central pivot bolt and blue medium strength thread locker be put on the mounting threads. Tighten the central pivot bolt to 7 to 8 foot pounds. Put a small amount of silicone grease onto the ball studs of the right and left connecting levers and snap them into place on the central pivot lever. Install the new URO Premium vacuum actuator onto the locating guides and push on the newly provided push nuts. Reconnect the vacuum hose to the upper canister body. Next lightly grease the central pivot lever ball stud and snap the actuator rod onto the central pivot lever ball stud. The newly repaired and upgraded manifold is now ready for reinstallation into the car. Make sure all fault codes are cleared upon completion. The intake manifold needs to be inspected to ensure no excessive carbon deposits are present on the intake swirl flaps themselves. This could lead to binding and inconsistent operation even after the repairs and enhancements are completed. A simple cleaning with common intake aerosol cleaners is recommended anytime the manifold is serviced.
2721402401RPRM